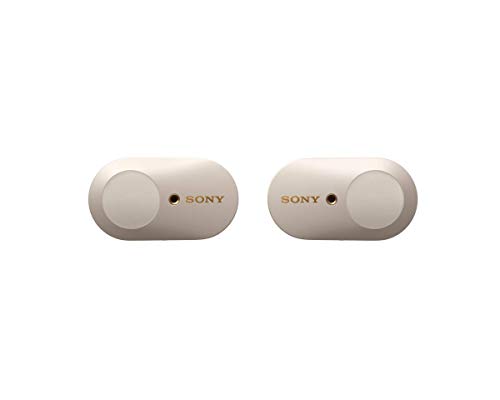 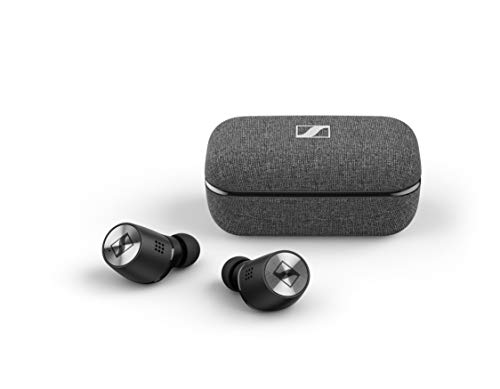 Hey everyone.  Welcome back to another review.  Due to much request, I pre-ordered these bad ass looking earphones.  These are the Sony WF-1000xM3’s, not to be confused with the WH-1000xm3s, which were amazing Active Noise Cancelling headphones.  Now, I have my speculation, do we really need Active Noise Cancelling with earphones, considering most in-ear earphones have great passive noise isolation already?   I’ll be going over both pros and cons to see if these are legit. As always being transparent, I personally bought these for the retail price of $229 at the time of this video. Feel free to click on my affiliate links above this paragraph, those links will give you the most updated prices in real-time.  You never know when these things might go on sale.

Going over the physical features first, I got the black and copper like tone to help match my look and style.  Hard plastics with nice narrow edges, and rubber or silicone grips right where your ear touches the earphones.

First up, I’m not saying this is bad because this is situational, but the WF-1000xm3’s doesn’t have water resistance at all.  I personally like grabbing my earphones and wearing them during the day. Later, grab those same earphones for the gym. I can’t do that here.

These are moreso designed for at home, at work and in transit.  Depending on your lifestyle, these could work perfectly fine for your needs.  So how is stability…

HOW THEY FIT IN-EAR

These earphones are somewhat similar to the Klipsch T5’s I recently reviewed where they were mostly dependent on the eartips to keep them in place.  Sony is similar but also somewhat reliant on the bottom of the earbud. These were the only two points of physical contact – the very front area doesn’t touch my face at all despite Sony claiming there’s three points of touch.  During my time testing, they have never fallen out of my ear and for most normal actions around the studio, walking and such, they work fine. It was only when I’m going up and down stairs where the Sony slightly loses it’s seal and I would have to press them back in.  It’s rare, but being transparent, it does happen.

They are in-ear earphones and at least for me, they didn’t feel uncomfortable when I was pressing the earphones in.

Getting into features,  I love the touch controls.  They’re simple, sensitive enough and easy to access unlike physical buttons where I have to press into my head.  On screen (below) are some of the actions you can perform and they’re customizable within the Sony Headphone app.  Upon initial release, oddly the earphones did not have volume controls.  But with a Firmware update, we finally have some!

Moving on, you can have your environment play through the 1000xm3’s.  Either by gently holding down the left earbud. It kicks on and as soon as you release, it shuts off.  Or option two, give it a tap, and Ambient Sound kicks on, allowing you to hear your environment. With my testing, it sounds natural for the most part, just a little amplified but I don’t mind it for safety and awareness.

These have auto-pause.  Take any one of these off and your music stops.  Put them back on and they resume. Worked flawlessly.

What’s also unique, Sony claims these earphones are independent.  Most Truly Wireless earphones plays through the right ear, and then the signal get’s transferred to the left ear.  With the 1000xm3’s, each earphone is connected to your phone, helping to create a much more stable connection. We’ll see.

Getting into Bluetooth, these have Bluetooth 5.0 which is the latest technology at the time of this video.  Testing this with video, I didn’t have any syncing delays with YouTube or Netflix on Android. On my iPhone, I only noticed a slight delay if I really scrutinized with YouTube.  Netflix was fine.

You do have the ability to listen to either earphone in your ear and in general, Bluetooth stability has been good but being transparent, once in awhile, I hear a little static as-though the signal had trouble staying intact.

Testing this with distance, when the signal isn’t acting funny, I am able to reach 99% of my 1100 sq. foot apartment.  That 1%, I was literally staring at my wall… I could touch it. It makes me wonder if those weird static moments, again, super rare, but it could be interference from my neighbors.  If you own these, let me know if you had the same experience as well. Hopefully it’s not common among us. Last, this is a HUGE plus since their flagship headphones don’t offer this, but you’re able to pair two devices at the same time.  If you’re on your phone and you want to switch to your laptop, just tap it and it disconnects the phone and pairs to the new device seamlessly. I’m showing you between two phones as a sample.

HIGH RESOLUTION AUDIO OR NOT

Per Sony’s website, kinda shocking but these don’t have a very high data transmission.  With many of these wireless devices, not only do you need a strong signal, which you get with Bluetooth 5.0, but how much data can be sent.  Sony as a company created LDAC, which is the best at the moment, and it’s not on here for some reason. More interestingly, we’re at the very bottom of data transmission called SBC and AAC.  Sorry for these abbreviations but, in laymen terms, if you’re buying your own music and of course buying/streaming high quality stuff, these earphones doesn’t take advantage of it. You won’t get bad audio, but it could be just a little better.  I’ll get into the audio results when I get into the audio performance section of this review.

But moving on, let’s touch base on battery life.  Sony does disclose battery performance with ANC on and ANC off.  You also get an additional three charges with the gorgeous looking case that’s charged by USB-C.  In total, you’re getting upto 24hrs of battery power.

With my testing at 50% volume from full to dead, I was able to get 6hrs and 23minutes with ANC on.

Quick charging is also featured.  Ten minutes on the charger gives you back 90 minutes worth of performance.  To fully recharge these things, it’s only an hour and a half which is really good.

Starting at the top, you can see your battery indicator there.  The earphones themselves also have a voice prompt indicating so as soon as you put them in your ear.

Adaptive Sound Control when On, changes your Ambient Sound based on either if you’re sitting, walking, running or in transit.  You can set this automatically up. Let’s say you take this onto your bus ride, ANC kicks on 100% so you can ride in piece. Once you get up and start walking, Ambient Sound let’s your surrounding environment in, so you don’t get hit by a bus.  And all of this is automatic. With my testing, it can be finicky at times, especially when I’m sitting down and it hasn’t recognized that I’m seated. Also, there’s times I just want ANC on all the time, and it switches automatically… so I in-turn just turn off this feature altogether.

Backing out, an Equalizer is available with presets and this does help tune the audio to your liking.

Next is your music being played.  Next is the option to turn on or off autopause when you take off an earbud.

Moving down are for times your audio is stuttering, you can lower the quality down a bit and have it more stable.  I’m still puzzled on why connections are still unstable to the point Sony even offers this. Most other Truly Wireless earphones never gave me issues.

Moving on, DSEE supposedly enhances your audio, similar to how tv’s upscale the resolution for your videos.

The following are for the left and right earbud to change what the touch controls do.

Auto Power on or off is next.  And last is language changes and auto-updates for you to toggle.

So when I turn on ANC, at first, because of the difference, it sounded amazing.  Like wow.

The Active Noise Cancelling eliminates a lot of the airness and ambient air around you.  Air conditioners in the office, cars driving by, the light breeze, those are practically gone.

Voices and background music at the coffee shop, those seem to be barely cancelled when you’re listening to low volume music.  Upper mid to high frequencies doesn’t sound to be cancelled or suppressed either.

In the end, again, the idea is to help you make a purchase decision, so my assessment, it does work but for “noiser” environments, other in-ear earphones with a good seal provides a very similar performance, especially when you have your music playing.  Active Noise Cancelling seems to be very effective with headphones, but because in-ear earphones provides such a barrier with the eartips inside the ear canal, the blocking of audio is already significant, so in turn, the ANC performance here is not as mind blowing.

My recommendation.  Get them if you’re walking a lot, in transit, and you’re surrounded by the urban jungle..  Basically if your outdoors a lot. If you’re using them more so in the office, at home, essentially, indoors, might be better off finding something else.

Alright, these get loud. At just 50% volume, it’s equal to my other earphones that I usually jam out at around 65 to 75% volume.

Going over bass, these are very balanced and plays it neutral in it’s stock settings.  It’s good for general listening, but as I mentioned earlier, there is the equalizer within the app.  If this sounds a little too mellow for you, select Bass Boost and I’m sure this would satisfy most. You can manually change this instead of using the presets and get real deep but retain a relatively balanced audio signature.   Sony focuses on giving a very clean experience and if you OD on the bass settings, it doesn’t sound distorted, and the mid-range doesn’t get muddy.

Jumping into the mid-range, the only critique, and this could be because it’s not AptX, but the resolution could be a little better.  Other than that, the mid-range is very pronounced while sounding quite natural once again. If you decide to boost it within the equalizer, the vocals and mid-range in general gets brighter and more forward.  A little smidge was perfect for my taste… if you want more, these have much more room to go.

I do wish there was a bigger soundstage on these, but stereo separation is very apparent on these and it does help.  For what Sony offers strictly in the audio department, and taking into price, I think they did very well with you having the ability to tune these… and with the tuning, Sony also prevents the novice or newbie from making these sound bad.

Overall, these sounded really great for the price in my assessment.

So folks, let me know what you think overall about these earphones.  I think the audio is no question a worthy purchase, but the physical look and physical functions, I think that will weigh the most on you if you’re on the fence.  Alright folks, be sure to Subscribe and follow me on my social media handles. I’ll catch you guys on the next one. Bye