Now water proof and drop resistant, this Bluetooth speaker is one of the best for the the average consumer out there. 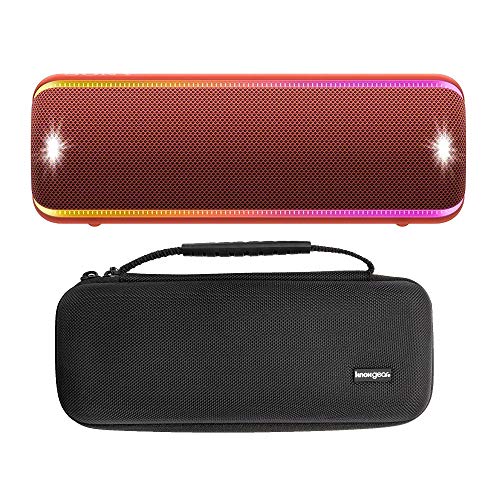 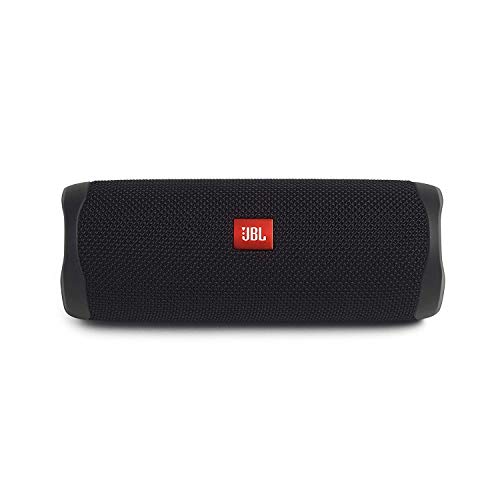 This is the Sony XB31 retailing for $149, but I personally paid $120.  My Amazon Affiliate links are above.  After reading this review, keep in mind I have the Sony XB41 review here and the Sony XB31 vs JBL Charge 3 here.

Sony has redesigned their speakers with a more rugged look in mind. If anything, they’re now very similar to the JBL Charge, JBL Xtreme 2, the UE Megablast and such with a highly durable fabric mesh grill.

Compared to most other mainstream Bluetooth speakers out there, the Sony XB31 is still front-facing, front-firing directional audio.  It’s not 360 degrees.

I’m personally ok with directional audio as it usually sounds more impactful or stronger in a sense.  If I wanted 360 audio, I would go with the Bose Soundlink Revolve Plus, or the Fugoo speakers, I highly recommend those.

Now, the best and most improved feature, ALL of the XB speakers are IP67 certified.  It’s dust proof, it’s drop resistant from up to 4 feet (1.2m) but more importantly to me, they’re waterproof from both fresh and salt water.

The number seven in IP67 means it’s capable of being submerged for up to 1 meter and up to 30 minutes.

Last years models were only splash proof.  With my testing, the speaker still works!

Also, not many consumers think about this when it comes to waterproofing… does the speaker float?  With my test, all the XB speakers do. =)

What is new on all XB speakers, even the smaller Sony XB21 is Party Booster.  Chop the back of the speaker and while you and hopefully your friends are around you, you can tap on the front, side, top and bottom to make a beat.

Let me know in the comment section below this article if you are going to use this feature or is this just plain gimmicky.  =P

Sony has three different sound profiles, Standard, XtraBass, and Live Sound.  Unfortunately and this is a what the hell kind of moment, there’s no dedicated button for this.  You have to hold down Play and Volume down at the same time… for three seconds.

The other matter, you can only switch between two sound profiles, that’s Standard and XtraBass.

If you want the more spacious audio experience called Live Sound, you need do that within the Sony Music App.  Aaahhh! =P

The other buttons are located in the rear behind the water resistant flap.  You can turn off the lights from back here and check the battery status.

There’s this thing called WPC for Wireless Party Chain where you can pair over 100 Sony speakers together and have them play in-sync.  This feature does work, but will admit, sometimes finicky to have connected.

Next to that is the option to ADD one other Sony speaker and have true stereo separation.  This feature worked and having two Sony speakers play at the same time sounds MUCH better.

As a side note, I was indeed able to pair last years Sony XB20 speaker with the new Sony XB31.  If you need directions, click here on how to do it.  =]

Finishing up the rear, there is a USB Charge Out port to charge your phone or devices, using the XB31 just like a power bank.

Micro-USB port to charge the speaker and a 3.5mm input for physical connections.

The Sony XB31 offers Bluetooth 4.2, which is perfectly fine for my average users out there.

Testing this with my Samsung S8+, I’m able to get a range of 68 linear feet with two walls in between my phone and speaker before the audio started to crackle.

Last but not least, let’s talk about the LED’s. They pulsate and glow with your music and there’s two strobe lights on the front, which aren’t blinding.

Overall, I loved how bright these were and loved they’ve included lights on the sides as well.  They are indeed a conversation starter and for kids and such, they loved the blinky flashy lights.  Lol.

Aside from looking great, the app doesn’t offer too many customization options.  You can change some colors and themes, but that’s about it. It’s just enough but I’m hoping by next year, maybe we can control which way the lights move, creating different patterns, etc, similar to the JBL Pulse speaker.

Alright, on to the topic of batteries, Sony claims upto 24hrs with the LED’s off and without the Xtrabass on.

I personally tested this with the LED’s on and Xtrabass, similar to how the average consumer would use them. I got a total of 10hrs and 15 minutes of use at 50% volume.

This is somewhat low, but during my audio test, I found this speaker to be louder and bassier than most of its competitors.  And of course, we have LEDs. Again, you can always turn off the lights to help.

Alright folks, enough of the physical stuff.  Let’s get into some quick audio tests. Be sure to put on your headphones or earphones as I’ll be using binaural microphones, offering you some of the best audio tests out there.  And before I start, be sure to comment down below, let me know what you think!! Here we go…

First up, the Sony XB31 is perfect for entertaining and jamming out in small to midsize rooms.  It’s still capable to be loud enough for large size rooms when used for personal listening.

I would highly recommend to buy this first and see if it’s suitable as the Xb41, although louder and more full, it’s not a gigantic leap.

If anything, when the XB31’s are on sale, get two of them instead of buying just one Xb41.

Now, this is coming up as being common on the new Sony speakers, but volume 90% and higher, there are times you’re going to hear this raspiness and some upper bass, lower mid-range flutter.

It’s not on ever song, but at times, it does happen.  If you’re planning on blasting this and sitting or standing about 10 to 15 feet away from this, you’ll hear this from time to time.  Not a deal breaker, and keep in mind, that’s when you have the speaker near maximum volume.

Jumping into Sound Profiles, switching between XtraBass and Live Sound, the difference is very noticable.  In person, it’s quite impressive for a Bluetooth speaker normally with limited amounts of sound separation.

Unlike the XB41 which sounded tinny and thin at times when Live Mode was on, turning this audio profile on the XB31 instead, it was much more enjoyable… you get really good simulated sound stage.

Unfortunately on certain songs, it does become altered and does sound a little funny.  Keep in mind, Live Sound isn’t perfect… but when it works, it’s possibly the best soundstage experience from a Bluetooth speaker to date.

This is certainly a bassy speaker and this is why most people would buy this.  It’s called Xtrabass for a reason. =P

When you’re using this speaker for enjoyable listening, not max volume… the bass is still bumping, kicking, and for this size speaker, it’s a very nice thump.  And compared to every other speaker in the mid-size that I have personally tested, Sony beats them in bass.

Full transparency, when playing at those loud volumes, those more picky with audio will notice the distortion and might be turned away.  If you’re looking for something loud and bassy, this does great. If you value finesse, clarity, accuracy, I recommend looking at an alternative.

The mid-range where vocals and most instruments are heard by the human ear, the XB31 is super forward.  It’s almost visceral compared to my JBL Charge 3.

Is it high fidelity, no, this speaker is meant to be an in your face, colorful, alive, bassy and loud at the same time.  Pop, EDM, hiphop is where it shines.

High-hats, cymbal crashes and such had a good bit of attack on the top end, not sharp so it pierces the ear, but Sony does offer enough to be enjoyed.

So do I recommend this speaker?  Hell yes. I actually preferred this over the bigger XB41 that I just reviewed.

Listen, if you can get two of these when they’re on sale, pair them together, and they’ll sound so much better than one XB41.

I love the water proofing, the dust proofing, I love knowing that all their speakers float, even the biggest one.

The LED’s look great while the competition at this time doesn’t even offer it. It’s a good selling point if you like the lights.  The only big flaw, the battery life is somewhat low, but again, turn off those LEDs.

Stay up to date with JimsReviewRoom by becoming a FREE member