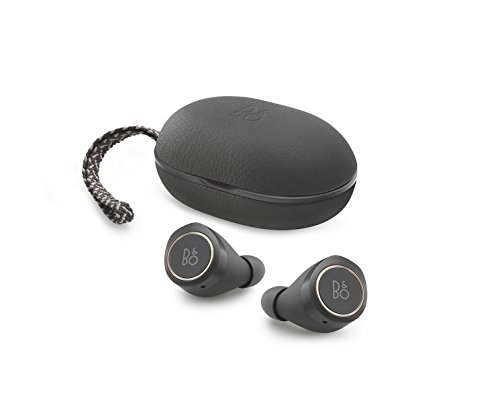 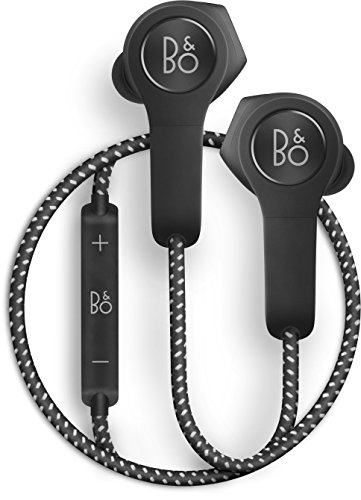 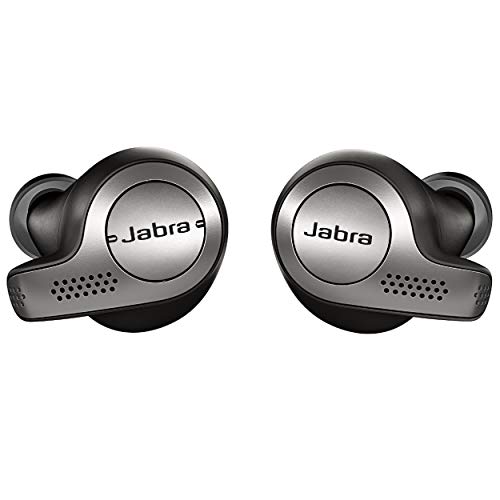 Hey everyone. I didn’t know Truly Wireless earphones were going to be a main focus this year, but Bose, Sony, and Jaybird in the past several months have released theirs, and in the past, I’ve tested Jabra’s and the Apple Airpods.  As for the Samsung Icon X 2018 edition, those are here. Well, Bang & Olufsen also released their own with the Bang & Olufsen E8 truly wireless earphones.  As always being transparent with you guys, I personally paid for these at the very expensive price of $300, but…  testing the B&O H6 headphones and the A1 Bluetooth speaker in the past, they’ve been amazing products, so we’ll see how this one goes.  As always, I’ll place my affiliate links down up above the table, click on those links and they’ll give you the most updated prices in real time.

PHYSICAL DESIGN
Bang and Olufsen have always made some very nice products, offering understated elegance in my opinion.  The model you see here is “charcoal sand” while there’s a more stealthy option coming in black.  They’re made of mostly plastic which works perfectly fine, but having more metal to the touch or even a rubberized coating to give a bit more texture would have been nice.  Either or, I’m nit-picking and these are quality built.

B&O claims these are sweat and water resistant. With my testing, risking my $300 earphones – obviously don’t try this at home – I drenched them and they’re still working fine today.

COMFORT
Touching base on comfort and physical performance, four ear-tips are included plus one set of Comply Foam which works great if you want something more form-fitting.  Keep in mind, these are in-ear earphones versus many of the competitors which sit somewhat in-ear, resulting in less passive noise isolation.  One of my biggest praises for the E8’s, they block out most of the outside environmental noises because of it’s sealed fit.  They are very comfortable to wear. Also, they don’t have ear fins or ear wings for stability, but they do stay in the ear very well.  Also, if you noticed, the E8’s might possibly have the lowest profile and when wearing them, they don’t stick out and look gargantuan like the Bose Soundsport Free’s.

TOUCH CONTROLS
Moving on to controls, there are touch-sensitive surfaces which were very intuitive on both earpieces.  A nice alternative to physical buttons that sometimes you have to press into your head to activate.  A single tap pauses and plays music, as well as answers and ends calls. Volume is increased by tapping and holding the right earphone while holding the left side decreases it.  The only feature that isn’t here and I wish every company would have are voice prompts.

The E8’s  don’t verbally tell me what my battery life is, which device I’m paired to, and besides a quick audio beep, having a voice prompt to indicate I’m in pairing mode would streamline my use.  It’s not a reason avoid buying these, but paying $300, those features would be nice.

MICROPHONE
But, getting back to the earphones, I mentioned these are able to take phones calls.  You do get some background noise, cars driving by, and footsteps being audible like other earphones but the voice on the other end came in super clear, and my voice for the recipient was good enough, not 100% crystal clear but it’s very much usable.  Also during phone calls, the E8’s turns on the external microphones and pump your surrounding environment into your ears, so it eliminates all passive noise isolation for safety.  Pretty cool feature.

CASE
Moving on to the case, it is small. When you first open the retail package, it’s going to smell like a shoe store or some high-end leather boots, so make sure you take a whiff.  But in all seriousness, the case is very premium leather, soft and supple.  When you open it, they hold the earbuds with magnets which hold fine.  And the case itself is able to charge your earphones two additional times, essentially holding an additional 8 hours of battery life.  You can check how many additional charge cycles you have with the two LEDs on the rear.

BATTERY LIFE
Speaking of battery life, B&O claims four hours of playtime. In my testing, playing audio at 50 percent from full to dead, I managed to get 4 hours and 25 minutes. There’s also quick charging which helps tremendously with 20 minutes on the charger providing you an hour worth of playback regained.

CONNECTION QUALITY & BLUETOOTH
Touching on Bluetooth performance, the E8’s are equipped with Bluetooth 4.2.  Testing them in the office with my iPhone X and having them go through two walls, I reached 61 linear feet before the audio started to crackle, and that’s great for what we have today.  But oddly, I’ve been having the worse connection with my Android phones.  After confirming I have the latest Firmware with B&O Support (Version 5.2.0 at the time of this review)  My daily phone, the Samsung S8+ simply can’t connect.

The office phone, the Pixel XL doesn’t do anything either.  I also attempted my LG V30 at home and had the same rejection box come on.  Factory reset and reinstallation with the app – still nothing.  On the other hand, with the iPhone X, once it’s paired, the E8’s connect fine with no loss from normal everyday use.  Let me know in the comment section below if you have the same experience too.  I honestly hope mine’s not a dud.

TRANSPARENCY MODE
Alright, lastly before I talk about the audio performance, the one unique feature that B&O incorporated is Transparency mode.  The microphone kicks on and you’re able to select one of three levels to hear your environment.  With the left earbud, you can tap and turn it on or off, but unfortunately, you couldn’t cycle through each option.  You have to do so within the BeoPlay app.  With Transparency Mode activated, it’s perfect for runners or those walking during their commute and wanting to hear their environment for safety.

AUDIO TEST
Alright folks, to the moment you’ve been waiting for, the audio test.  The E8’s do get loud here.  I’m constantly finding myself listening comfortably but loud at 60 to 70% volume.  Bass wise, they sound slightly bassy but tends to lean on the more accurate sound signature, rather than truly being bass boosted.  If I were to compare, it’s similar to the Bose Soundsport Free’s and the Jabra Elites Sport’s.  It’s not bass boosted sounding like the Jaybird Run’s, but it’s a bit more of a refined performance compared to Jaybird’s recent release.  If you’re a bass head, I would look in them, but the E8’s is surely enough for most people.

In the mid ranges, there is a balance that equally and accurately portrays both the instruments and the vocals.  Vocals are surely not recessed and stands front and center without being bright.  Same with instruments and its imaging, It stands out but at a pleasing and neutral level.  They aren’t colorful, but as a positive, they do sound accurate and well pronounced when you’re listening to high-quality audio files.

As for the high-notes, music that’s a bit more mellow, that doesn’t have a lot of attack or speed, sounded absolutely fine, the E8’s do absolutely well.  When listening to the opposite end when there’s tons of synthesized high-frequencies,  a lot that’s going on in the upper frequencies, it does lose its resolution and detail, gets slightly jumbled and at times, not necessarily ear piercing, but can be sharp.  At times on those fast attacking songs, the high-frequencies do overpower or overshadow the mid frequencies just by a smidge, taking away from the experience a slight bit.

As far as soundstage, the E8’s performed better than average, it’s not the best but you do get some depth and surely clear left and right audio separation.  Although it does better than half the market and competitors out there, it wasn’t as strong or close to the Bose SoundSport Free’s or the Jaybird Run’s.

TONETOUCH EQUALIZER
B&O does offer the Beoplay app and offers a simplified tuner called ToneTouch.  Tuning it to Warm made the audio muffled and didn’t really increase bass to my liking.  Increasing Excited or Bright slightly helped improve the audio to be a bit more pronounced, but other than that, the app didn’t offer much more besides battery level indication and adjusting the Transparency Settings which we discussed earlier.   Most will be fine having it on stock, but the option to adjust is there.

VIDEO DELAY
Last but not least, video delay has been a big topic with truly wireless earphones lately.  Testing the E8’s with Netflix, there’s a fractional delay, very minimal, but you can see lips moving first before you hear the audio.  This was also the same on the Sony WF1000x and Bose Soundsport Frees that I’ve recently tested on the channel.  The phone used was the iPhone X… as I mentioned earlier, the E8’s could not pair with my Android phones for some odd reason.

CONCLUSION
So folks, I really enjoyed the E8’s despite them not working on my Android phones.  Hopefully, they fix this issue as soon as possible.  The fact that they don’t stick out of the ear like crazy, have decent battery life, and really sit inside your ear comfortably, that might justify its price tag.  The audio was not the best, but…  it’s on the very good side of things when listening to the other Truly Wireless earphones I have at the office.  Let me know in the comment section below what you think, as always, be sure to Like and Subscribe to show your support and follow me on Facebook, Twitter and/or Instagram.