Two of the best speakers in their category, it can be an extremely difficult choice between the two, it all depends on if you want bass and durability or overall sound quality. Sony XB20 vs JBL Flip 4 Bluetooth speakers! 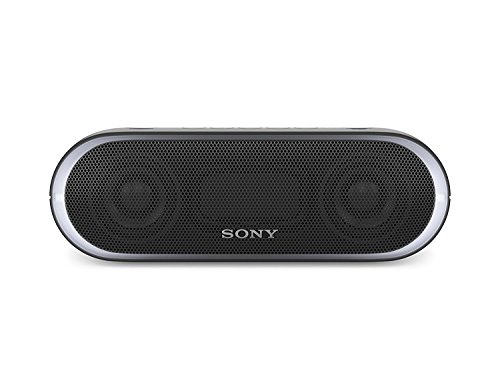 Hey everyone, Jimmy with JimsReviewRoom, welcome back to another comparison review.  These Sony Bluetooth speakers have been killing it recently.  They sound great, they look great, but on the website here, JBL for the last two years or so, have been winning me over with their sound and features.  What I want to do in this review, is compare the small speaker category.  Its the Sony XB20 versus the JBL Flip 4.  Both retails for $100, I did personally pay $70 for the XB20 just last week, so the sale might still be on-going, but what I’ll do is leave my Amazon Affiliate links above.  Click on my links, and they’ll give you the most updated prices in real-time – you never know when these things might go on sale.

PHYSICAL FEATURES
But jumping right into this one. Both speakers are nearly identical in size and weight.  If you value portability over any other feature, both speakers are easy to grip with one hand, they throw into the bag with ease, and both a quite durable.  The Flip 4 does have the exposed passive bass radiators on the sides – I never had them tear or break, but I know for some of you guys out there, that might be a concern, though I haven’t had an issue.  The only thing I would nit-pick, is the Sony XB20 has an aluminum grill and might show some wear over time when rubbing against things, yet, on the other hand, JBL offers a rugged nylon fabric that absorbs abrasion a bit better.

Going over the features, the JBL Flip 4 has everything the Sony does, except the Flip 4 features JBL Connect Plus, meaning you can connect over 100 JBL Connect Plus speakers and have them play all at the same time.  Its unlikely anyone will own 100 of these, but if your friend came by and has a JBL Connect enabled speaker, you both can pair with each other and jam out essentially.  Sony does have this feature too, but you’re only able to pair up to 10.  Again, most won’t have that many, but it’s a feature nonetheless.  Sony’s most visible feature that makes it stand out is the LED lights.  You can have them strobe, pulsate or fade in and out to the music, all controlled through the Sony app.  Keep in mind, the XB20 model are limited to just one color.  This won’t be flashing blues, purples, reds etc.  Mine is simply just white.

WATER PROTECTION AND BATTERY LIFE
Both speakers do offer some water protection.  The Sony is only splash resistant with an IPX5 rating, while the JBL Flip 4 offers an IPX7 rating, allowing the Flip 4 to be submerged under water.  One thing to note, the Flip 4 does not float so make sure you take that into consideration.

Regarding battery life, both offer up to 12 hours of use.  With real world testing, both speakers at 50% volume, the Sony died in 9 hours and 8 minutes, while the Flip was going on 14 hours and still had another 50% of battery life to go – the JBL was very impressive.

BLUETOOTH RANGE & SPEAKERPHONE
Both offer good Bluetooth wireless range, both performed equally as well.  I walked about 50 linear feet away from both speakers and the audio signal had never cut out.

Both can function as a speakerphone for your phone calls.  Comparing both of them head to head, the Flip 4 picked up my voice louder and more pronounced, across every length I tested this at.  With the Sony, it performed well, but the voice was not as forward or loud when compared to the JBL.

SOUND PERFORMANCE
So, let’s jump into the audio review.

Both speakers sound great for the price, both offer very similar bass responses depending on song.  Sometimes the Sony sounded deeper and more resonating, and on other songs, the JBL sounded better.  Overall, they both sounded punchy, they sounded better than a good handful of other $100 speakers on the market, but for this comparison video, the JBL did sound slightly deeper more often than the Sony. There were more times that the JBL offered a more fulfilling response.

With that being said, on every song tested, the Sony had brighter and more forward mid-range.  Singer voices and most instruments you can hear stood out every time compared to the Flip 4.

As for the high notes, the higher frequencies, both speakers were nearly identical in performance, with both speakers not being tingy or ear-ringing.  As for spatial sound, the XB20 does do a better job.  You can hear more of an airiness in directional audio over the JBL flip 4.  Keep in mind, these are results from just comparing these two speakers.

WHO’S BEST?
So in the end here, my analysis, I love my JBL products.  They still sound phenomenal.  I would buy the JBL if I wanted more bass, I wanted a speaker that I know if my little cousin grabs the speaker in throws it into the pool, that it will be okay, and the fact that it has and will withstand more abrasion and bumps versus the XB20.  On the other hand, if I don’t care or need any of those features, I don’t need anything too rugged, I would hands down go with the Sony.  So folks, in the comment section below, let me know which one would you pick?  Sony has been unrated for a long time in regards to Bluetooth speakers, I think it’s up to the consumer, you guys, to determine, which one will be the best. I’m Jimmy with JimsReviewRoom and I’m here to help you make that purchase decision.  You guys take care, and I’ll see you on the next one.